Where Have All the Churches Gone? 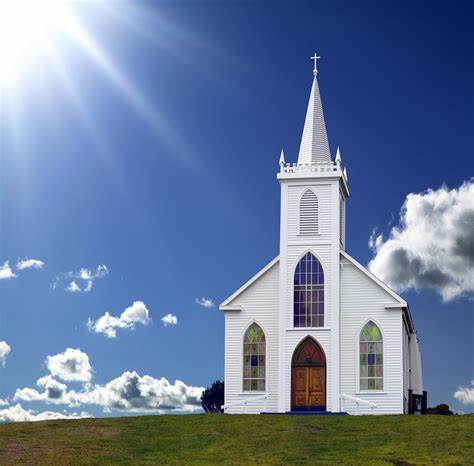 In March of 2020, a pandemic of global porportions hit the world that appeared to threaten the lives of people everywhere, and because of fear and various restrictions, the churches closed its doors  - not only throughout the United States, but world-wide.  While many churches went to online services, and many still do, the face of the churches in America changed.  For those churches who chose to stay open, most of them bowed to local officials with absurd requirements to hold services.  As I traveled to my church each Sunday morning for worship, which has never closed its doors nor have had any restrictions, I saw church after church parking lots empty, and I grieved in my heart for what was happening to the churches in America.

We are now over two years later, and restrictions have loosened, there are still some churches which have still not opened its doors.  On some I have even seen "For Lease" or "For Sale" signs on the front lawn, and I grieved.  Where are the people?   Where are the believers?  I think people's intentions were good to watch services online in their pajamas as they ate their breakfast; however, as time continued, people got even more lazy and online service watching happened less and less.  The numbers started dwingling to where today, there are still some churches that have not reopened their doors, while others are  watching their church services online.  So what then is happening to the churches in America? 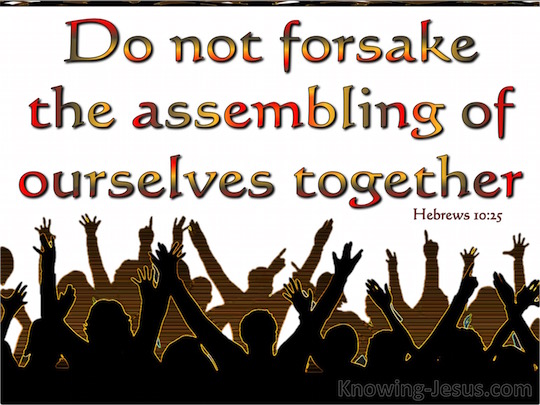 In Hebrews 10:25 God is specific to tell believers to not forsake the assembling together.  That means getting together "in person" to encourage and uplift one another as they worshipped the Lord together.  There is something about face to face and touch contact where believers can share their hardships, be encouraged by one another, stand together for the cause of Christ, and most of all worship and pray together as a body of believers.  It keeps the Church united and that is critically important.

When this scripture was originally written, the church was oppressed, meeting for church was in many places against the law, and Christians were persecuted for assembling together for worship.  Often they met quietly in various homes, caves, the woods, or wherever or whenever they had more freedom to worship without threats of enemy invasion.  Were they afraid?  Probably so!  But they had each other, the promises of the Word of God, and the guidance of the Holy Spirit in a time when the Church needed to meet.  This verse in Hebrews 10:25 ends with saying as the Day of the Lord approaches, meaning all the more believers need to assemble together, because in tough times, we believers need each other.

Even in place of physically attending church, online services are better than nothing; however, it can never replace the assembling meeting together to worship and pray.  Online definitely is a source of information for people, for even this website is designed to give out information and help people grow in their faith.  It will never, however, replace the church gathering together in person to worship, pray and grow in their faith.  It's been a proven fact that those churches who closed their doors during the pandemic and have recently reopened their doors, now have a drop rate of 20-40% of people who have come back to church.   Many are saying that if the former church attenders have not gotten back to church by now, they probably never will.  So then, I ask:  Where has the church gone?

In other countries, such as China, the people have been under persecution for decades.  While there are a few state churches, they are dead churches only to appease the general public and under the control of the government.  For those serious about the Lord, however, underground churches have become the norm.  Will that then become the norm for America? 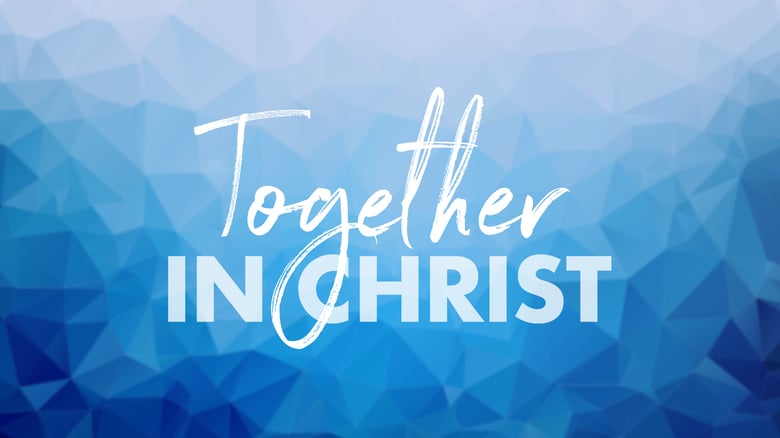 All this to say:  God's Word is always true.  If God tells the Church to regularly meet together in person to worship and pray together, He meant it.  The Church MUST stay united together or it will be lost.  We are in the last of the last times, and the Church must move forward strong and united together.  While we are in a "barely" persecuted United States, now is the time, if you have not attended church in a while, to get back to church - regularly.  If your church still has its doors closed, find a Bible believing and practicing church that has stayed open and start attending.  Get involved.  If you can't find any such church, gather together with other believers in homes to have church - maybe even in your home.  Gather together for Bible study and prayer and fellowship.  Encourage one another, for in these times, we need each other more than ever.  The Church must remain strong and united.