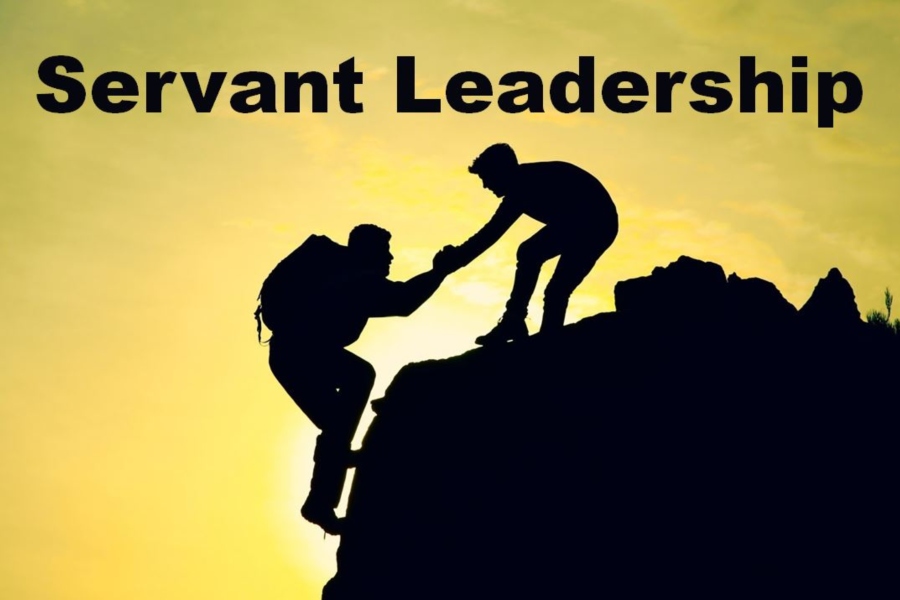 All Christians are called to be servants, having a call from God to lead in the area of his or her giftings.  If you are a Christian, it is imperative that you consider yourself a leader - a "servant leader." Your leading may be in the secular arena or in ministry; either way, you are called by God to be a leader – one who has influence over others.

What is a Christian leader?

According to John Maxwell, well-known author and speaker on leadership training, a Christian leader is "someone who leads and has influence over others." Leadership is about relationships of influence, not about a position or a person. The question then arises whether a person is born with leadership qualities or is it something that is learned? The truly “born leader” will always show him or herself in the beginning; however, for that person to stay on top, the natural leadership characteristics must be developed.

Again, according to John Maxwell, there are basically four categories of leadership : 1) The leading leader, 2) the learned leader, 3) the latent leader, and (4) the limited leader.

The leading leader was born with leadership qualities and has seen leadership modeled throughout his or her lifetime.  It has been part of his or her environment throughout life.  That person has also experienced leadership training and has developed self-discipline.  Leading, therefore, is an innate quality that governs that person.

The latent leader did not develop leadership training early in life, but in his or her more recent days seen leadership modeled and has learned to be a leader through training. This kind of leader also has the self-discipline to become a good leader.

The limited leader has had little or no exposure to leaders or leadership training. Although this kind of leader has a desire to become a leader, it is unlikely that person will become an effective leader unless he or she becomes trained and purposes to lead a self-disciplined life.

What Is Servant Leadership?

While there are many components to Christian leadership, this article is specifically about servant leadership.  To learn of what truly is servant leadership, it is important that we follow Christ’s command and example. In Matthew 20 and 23, Christ tells us that we need, first of all, to lead in an attitude of servanthood.

Matt 23:11 But he who is greatest among you shall be your servant.

In Philippians 2, the Apostle Paul tells us that Jesus came to this world to demonstrate the character of God. In doing so, He showed us the highest form of leadership, the leadership provided by a servant, one who presents himself to another in servitude.

Phil 2:3 Let nothing be done through selfish ambition or conceit, but in lowliness of mind let each esteem others better than himself.

Servant Leaders Seek to Meet the Needs of Others

Christian leadership is not based on any inherent or acquired authority. Neither is it a stepping stone of status in the Christian community. It isn’t about establishing a career to gain great monetary or personal power, but meant to meet the needs of others. Self-serving leadership still exists in the Church today, often by well-intentioned Christians, using a top-down, hierarchical leadership style. This kind of leadership holds to the belief and interest of the leader, rather than the people being served.  While that may have been the teaching of the Old Testament, it is not the New Testament teaching on leadership within the Church. The disciples James and John asked Jesus if He would grant to them the privilege of sitting on his right and left in positions of leadership in his kingdom. Jesus instead told them that their understanding of leadership was not to be modeled after the Gentiles or even the teachings under the Law of Moses, which they were accustomed and subjected to. Jesus explained that His style of leadership was not to be self-seeking, controlling, or domineering. Jesus spent His life preparing to serve, and now He was teaching His disciples to follow the same. In washing their feet,

He did not diminish, but rather enhanced His position as a servant leader. This kind of leadership becomes a way of life rooted in one’s character that translates into behavior that serves without seeking external rewards. It often requires giving up one’s rights and desires in order to serve God and others before self.

As Christian leaders, we are mere instruments or vessels of Christ to be used to further the Kingdom of God. As such, we are servants for Christ to be servants for mankind. We are vessels to be used for the Master’s use. Our bodies are temples of the Holy Spirit and we belong to God. As servants of the most High God, we are simply containers for God to use for His purpose to further His Kingdom. What God has blessed us with, God then desires for that blessing to flow through us into others. In other words, our focus should be on giving out to others. It is a life modeled after the life of Jesus Christ. As we serve Christ, we take what He has given us to give to others. To serve well, we have a responsibility to God, to ourselves, and to those we serve.

Some may say that servant leaders are weak. That thought, however, could not be further from the truth. Servant leaders are strong in character and discipline. They model integrity in thought, word, and deed, and are persistent and resilient. Their personal and public life are consistent and one to be trusted by those who follow. While maintaining integrity can be a challenge in a compromising world, it is one that a servant leader always upholds.

True servant leaders know their strengths and weaknesses and surround themselves with those who have complementary abilities and can offset their weaknesses. Servant leaders invest themselves in enabling others to do their best, allowing teamwork to move their ministry. A true servant leader allows those alongside to grow into a great servant leader as well. True servant leaders invest in their team, empowering them to serve others in the same humility they display to others. They are committed to serving with humility and concern, having a forgiving and giving heart. They are willing to sacrifice personally for the well being of others. They are willing to do humble tasks, but as their leader, they always have in mind a larger vision.

Seek to Serve - Not to be Served

A serving attitude does not imply willingness to be abused by others or the toleration of exploitation. Servant leaders are not enablers to those who should be helping themselves. A true servant leader is disciplined in all areas of life, knowing their first responsibility is to serve God and then to others. Servant leaders must first of all please God for they are not moved solely by the need to please others.